Do We Blame The Truck?

Do We Blame The Truck?
A truck rolls out of control, over an embankment and into oncoming traffic. The drunk driver behind the wheel was impaired and had a distorted view of reality. 3 people are killed, 2 others are injured.
Now, ask yourself honestly ... is the truck at fault? Is the truck to blame? What about Ford, Chevy, Dodge, Toyota, Nissan?
No. The driver is the cause of the effect. He used a tool that was available to him to commit this crime. It was not the intent of the truck manufacturer that it's vehicle be used for manslaughter. It also was not the intent of the auto dealer who sold it to him. Even if it was, the driver would still ultimately be responsible for the use of the vehicle. He has usurped the power of the vehicle which has both good and bad potential, and chosen to use it for bad.
The same goes for ancient Wisdom and philosophy. The very foundation of all mainstream world religions has a common point of origin and a common system of belief. Whether it be Egyptian Mysiticism, Greek Mythology, Persian Mysticism, Buddhism, Hinduism, et al. The original alignment of the principles has been usurped through the ages by power and control seeking men. They have usurped the original teachings, and modified them for their own dark agenda. All have been exposed to this.
Regardless of ones faith, creed, or holy book ... it is an individual and personal decision to cause harm. Plain and simple. Many years ago the Comedian Flip Wilson use to laugh and say "the devil made me do it." But we all know, the devil isn't going to jail ... you are.
Karma is an ancient Sanskrit word meaning "doing." So ... your karma, is your doing. It is cause and effect ... Universal Law. And your decisions, effect not only you ... but everyone else. We are all subject to each others doings (karma).
So when a terrorist drives a truck bomb into a building, or into a crowd of people ... we do not blame the truck do we? There are those who would blame it on the gun ... but it is not the gun. It is not the truck. It is not the bomb. It is THE MAN who performs the heinous act.
We cannot re-write what world religions have coe to believe, but we can re-educate people and present to the the Truth of Unity and Peace. Compassion, love, understanding and tolerance. This must start with the children. For many adults, too much time has passed, and there is too much hatred and violent self-serving desire to commit atrocities out of anger.
Though many may think the culprit is religion ... it simply is not. Not in it's original form. The word "religion" comes from the Latin "religare" meaning to bind, or to tie or to connect. This IS NOT a binding to the religion ... but a binding to the spiritual power that is God. This is what was originally the intent. And "God" was the One. The Source. The LOGOS (Archetype/Word). The Life ... the very breath of life.
When people awaken to the Truth that all is One and One is all ... and that what we do to "other" we do to our self ... then we will begin to see peace and unity among mankind. If the world leaders of religion would just admit what they already know ... and admit it publicly ... there would be a sharp decline in world wide violence.
It isn;t the truck. It's the individual human operator. The truck, and the gun, and the bomb, do not have the consciousness to reason and decide what effect they wish to have from their existence and first cause. They are tools that become one with whoever is using them. The hammer, becomes the hand.
Just a thought ...
~Justin Taylor, ORDM., OCP., DM. 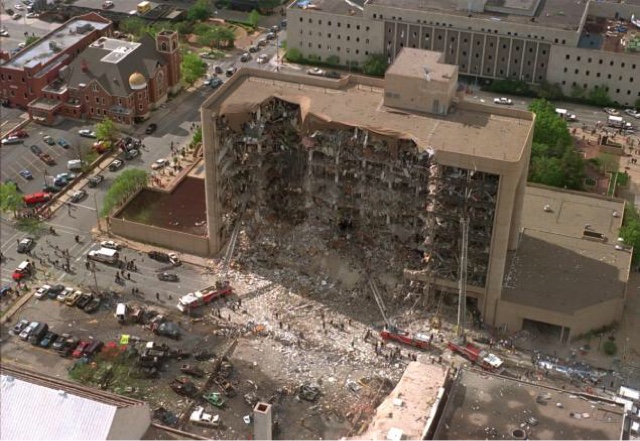