There are 7 days in a week, 7 days in the Judeo/Christian creation myth, and 7 Enuma Elish tablets describing Babylonian creation. There is 7Up, Seagrams 7, The 7 spheres, 7th heaven, 7 hathors, 7 chakras, the 7 seals, and 7 daughters of Atlas who guard the golden apples of immortality.

The divine legacy of ‘7’ is also found in the otherwise unexplained origin of the seven days of the week. Most of us take the 7-day week for granted and assume it is a natural cycle. In actual fact, it is not a fixed cycle at all, and scientists have struggled for years to explain why this tradition should have originated. Theologians would claim that the answer lies in the Biblical seven days of creation, but the origin of the Biblical ‘days’ is almost certainly the seven tablets on which the Enuma Elish was written.

The numbers 7 and 40 are also code numbers in the Bible and the mysteries. So in the Bible, there are seven spirits of God, the seven churches of Asia, seven golden candlesticks, seven stars, seven lamps of fire, seven seals, seven trumpets, seven angels, seven thunders and the red dragon in Revelation with seven heads and seven crowns. The story of Jericho has Joshua marching his army around the city for seven days, accompanied by seven priests carrying seven trumpets.

On the seventh day they circled Jericho seven times and the walls came tumbling down. In the story of Noah, seven pairs of each animal go into the ark and seven pairs of each type of bird. There are seven days between the prediction of the deluge and the rain and seven days between the sending of the doves. The ark comes to rest on the 17th day of the seventh month, Noah leaves the ark on the 27th day, and after the flood he begins his seventh century. The entire Book of Revelation is structured around the number 7.

Sanskrit's most ancient holy book, the Rig Vega, describes seven stars, seven concentric continents, and seven streams of soma, the drink of the gods. The Egyptians mapped seven paths to heaven, Allah created a seven-layered Islamic heaven and earth, and the newborn Buddha took seven strides. For numerologists, seven signifies creation, because it is the sum of the spiritual three and the material four; for alchemists, there are clear parallels between the seven steps leading up to King Solomon's temple and the seven successive stages of chemical and spiritual purification. Iranian cats have seven lives, seven deities bring good luck in Japan, and a traditional Jewish cure for fever entailed taking seven prickles from seven palm trees and seven nails from seven doors.

In Freemasonry, the mystical ladder, which in Masonry is referred to 'the theological ladder, which Jacob in his vision saw, reaching from earth to heaven,' was widely dispersed among the religions of antiquity, where it was always supposed to consist of seven rounds or steps. For instance, in the Mysteries of Mithras, in Persia, where there were seven stages or degrees of initiation, there was erected in the temples, or rather caves, for it was in them that the initiation was conducted,a high ladder, of seven steps or gates.

In the Mysteries of Brahma we find the same reference to the ladder of seven steps; but here the names were different. The seven steps were emblematical of the seven worlds which constituted the Indian universe. The lowest was the Earth; the second, the World of Re-existence; the third, Heaven; the fourth, the Middle World, or intermediate region between the lower and upper worlds; the fifth, the World of Births, in which souls are again born; the sixth, the Mansion of the Blessed; and the seventh, or topmost round, the Sphere of Truth, the abode of Brahma, he himself being but a symbol of the sun.”

The Greek Pythagoreans believed that the number seven pointed symbolically to the union of the Deity with the universe. This association was picked up by the Christian church, especially during the Middle Ages. Seven was regarded as having sacred power, as in the seven cardinal virtues, seven deadly sins, seven sacraments, etc. Thus it was held that there must logically be exactly seven planets.”

The “7” has always been serious business when it comes to esoteric meaning. More later … 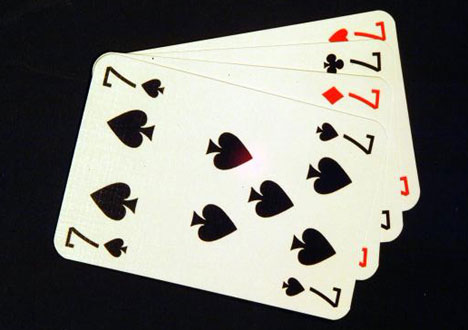