Leviticus 18:22 And Homosexuality
Lev 18:22 and 20:13 have never been about gays or lesbians. You must consider the context of the surrounding scriptures.
None of the human authors of the Bible link those verses to homosexuals. Jesus never links those verses to homosexuals. The ancient Jewish spiritual ancestors never linked those verses to homosexuals. Early Christians did not link those verses to homosexuals. The church fathers did not link those verses in Leviticus to homosexuals. In fact, the very word "homosexual" was not even invented or coined until the 1800's so how can it appear in Old Testament Hebrew scripture?
If today's common view is correct, someone between 1400 BC to around the time of Christ, would have linked those verses to homosexuality. Yet they did not. The reason why is, is that those verses prohibit "temple prostitution," not same-sex couples falling in love with each other and spending their lives together as a couple.
What I present is strongly supported historically ... that the context of Leviticus 18:22 and 20:13 deals with cult prostitution, temple prostitution, or pagan/non-Hebrew prostitution - different names for the same idolatrous activity.
Now, to go one step further ... consider that Christians claim to be no longer under the "Law." Paul taught that the followers of Christ were no longer under the Law. Period. Now follow me for a moment. There are two clobber verses used to combat "homosexuality" in the Old Testament Bible ... both verses are found in Leviticus ... 18:22 and 20:13.
First, "Thou shalt not lie with a man, as with a woman: it is abomination." Second,  "If a man lie with a man, as he lieth with a woman, both of them have committed an abomination: they shall surely be put to death; their blood shall be upon them."
Of course, there are as many different wordings as there are translations but we will use this one above for now.
Please understand there is a big problem in general with quoting Leviticus. The problem is that - by their own New Testament scriptures - Christians are no longer under the Law. They do not live a Christian life by following Old Testament Law. Paul makes this abundantly clear in the books credited to his penmanship. It is not something fabricated to win an argument, or made up in the twentieth century, or manufactured to get around something somebody doesn’t like. It is clearly stated in the ancient Greek scriptures - the original language of the New Testament. The Apostle Paul wrote it in Galatians:
"All who rely on observing the law are under a curse, for it is written: 'Cursed is everyone who does not continue to do everything written in the Book of the Law.'”
~Galatians 3:10
If Christianity would rely on following the Law (which is the Torah - the first five books of the Bible) they would be under a curse. The passage above, Galatians 3:10, contains a quote from the Law itself ... Deuteronomy 27:26. According to Paul’s statement:
"Christ redeemed us from the curse of the Law by becoming a curse for us."
~Galatians 3:13
It was (as accepted by Christianity) Jesus’ death on the cross that rescued them from the "curse of the Law." If they insist on following the Law of Leviticus and other verses - and imposing the Law on others - then Christianity negates the effects of the crucifixion, and therefore repudiates their Saviour's death on the cross.
"It is for freedom that Christ has set us free. Stand firm, then, and do not let yourselves be burdened again by a yoke of slavery."
~Galatians 5:1
Just a thought ...
Justin Taylor, ORDM., OCP., DM. 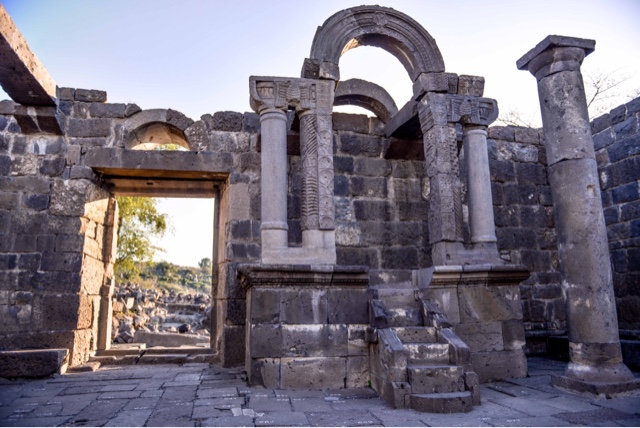