Prophecy is Impossible - The Future Is Unpredictable

We Can't Predict the Future. Simply because we have not created it yet. Time, Life, unfolds every nanosecond at a time. It is merely a series of ongoing NOWS. All the ever existed, and all that will every exist, are here and now. Everything. Think about it ... where else would it be? Where else would it have gone?

New Year's is a time when people attempt to predict how they will behave in the coming months. Predicting the future is a near impossibility ... unless you base it on repeated thoughts, actions, and events. For example, "if you don's stop drinking, you will damage your liver."

Yet so often we berate ourselves and others for failing to do so. How could we have been so stupid not to have known? Why do we think we should know what will happen? Prediction is extraordinarily hard, even for psychologists in the business of prediction. Moreover, we may want to reconsider whether we would really want to be able to predict the future in the first place. What fun would that be?

We think we should know what will happen mainly because of the confusion between prediction and hindsight. Knowing in advance that something will occur is very different from knowing that it did occur.

There are numerous ways any event or behavior can later be understood. Take, for example, an animated conversation we witness between two spouses. It could be flirtatious, excited - we don't know. Later, the couple gets divorced. Looking back, we link a causal chain of events to that conversation, concluding that it must have been a disagreement. We should have known they'd get divorced, or so we think.

Scientists have to state their predictions in advance, and they

have to be specific. It is easy to predict that someone will do something nice, for example, if we don't specify when they will do it or what nice means. When psychologists try to predict an outcome, they look at a group of data, not a single instance, to determine what will happen.

A professional basketball player would probably win if he and I each had 20 opportunities at foul shooting; I could win if we each only shot once. Odds could work in my favor. The more data we create, the more likely it is that our different levels of skill will be revealed. Although we wouldn't predict it, if I was hot that day and the other player was emotionally distracted, maybe I'd win even then.

People typically are concerned with their own small worlds, and not with what may unfold over time or what happens to "most people." Predicting the outcome of a single case is near impossible given all that can go wrong. Will the chairs we are sitting on hold us? They will until they finally break. When will that be? Who knows? Perhaps the glue will finally cease to hold or the floor may be uneven in that particular spot. It's a "wait and see" ... However, with proper maintenance it may never happen.

We may be correct in predicting what might happen to a group, and so we mistakenly think we should be able to predict a single instance. And do we really want to have complete knowledge of the future? It is ironic that freedom and control are important to us and yet we still seek predictability. On the face of it, it would seem that the two are related. If I can predict, I can control. A deeper analysis, however, reveals quite a different picture.

When we want light, we mindlessly flip the light switch. We have no doubt that it will work, so we don't have to think about it. Without doubt, there is no choice. Without choice there is no feeling of control. Complete predictability would leave us with no need to pay attention to anything any longer. And when would we like to "know" everything completely so we could stop paying attention? When we are 15, 30 or 60 years old? At what point do we want to close the future and live in the past?

During the first nine months of our existence, we do nothing. It all just happens. The development of our body and mind, the nutrition needed, the colour of our hair, etc. We just have it happen to us. No worries, no thought, no predictions, it just IS.

Think about this: If we are aware of the uncertainty of going

forward, we're unlikely to blame ourselves for our failures of prediction when looking back. If we allow for uncertainty, we're likely to stay mindful and in the present, and, personally, that's where I want to be. Right here in the now. After all, the past has passed, the future has yet to be created, and once it is ... it automatically becomes the now. So all we really every have is now. Enjoy it. Don't spend your now thinking about what might become, or what is behind you. We are all on a Journey on the Starship Earth. And we are all the crew.

My thanks to Ellen J. Langer, Ph.D. 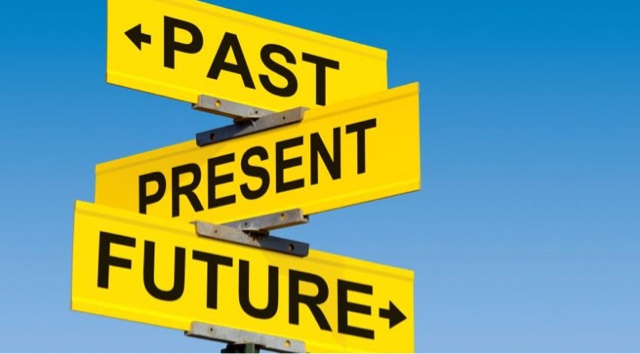