Though no one will probably take the time to read this, I am posting it anyway because I spent a great deal of time writing it. One of my biggest Mentors, Rick Pinette once told me: "If you want to learn, then teach." This is what I do. Though it may fall on few ears, it allows me to learn more in the process.

For my friends who follow Christianity, I want to take a much deeper look at two particular verses from the New Testament Bible which is the foundational doctrine of the Christian Faith. Christianity professes Jesus the Nazarene to be not only the one and only begotten Son of God, but also to be God in the flesh dwelling among us. Most people know the rest of the story, so I want to highlight two specific scriptures in this particular article. The first one is:

“By this love is perfected with us, so that we may have confidence in the day of judgment, because JUST AS JESUS IS, SO ALSO ARE WE IN THIS WORLD.”

Now, please read this verse again. Slower and let it speak beyond what you have been taught in church, and let it speak to your Soul … the Spirit within you. The SAME Spirit that was within the man from Galilee as well as every single human being that ever existed. It specific and clearly without any confusions states “just as Jesus is, so also are WE in this world.” Now how do we reconcile this statement, against the church teaching of Jesus being THE ONE AND ONLY Son of God? Either ALL of us are sons and daughters of God, or we’re not.

In the King James Bible, Book of John 10:36, Jesus is quoted as saying “Say ye of him, whom the Father hath sanctified, and sent into the world, Thou blasphemest; because I said, I am THE Son of God?”

The King James Version of the Bible has “THE” in italics before the words “Son of God” in John 10:36. This is not for emphasis as some may think, but shows words interpolated by the translators. Everywhere you see italicized words, they have been added by the translators. In this case, they were mistaken. SInce I spoke Greek before I spoke English, its easy for me to have a quick reference to Greek Grammar and it will show the original Greek does NOT have an article before “Son of God,” which in Greek is equivalent to having an indefinite article.

In the original Greek of this scripture, Jesus did NOT say he is THE Son of God; he said “I am A Son of God.” He also quoted from the OT Psalm 82 that says “Ye are gods.” Now, we look at John 14:12 which is another clear and non-confusing statement as quoted directly from the mouth of Jesus (Iesus, Ieasus, Yehsu, Yeshua, Yehoshua, Joshua, Isa)

“In most solemn truth I tell you that he who trusts in me - THE THINGS WHICH I DO, HE SHALL DO ALSO, AND GREATER THINGS THAN THESE HE SHALL DO …”

In case you missed it … read it one more time only slower. Greater things than HE shall do? Here is Jesus saying that “others” will perform greater achievements than he was able to do. Jesus specifically states that the "ordinary humans he left behind" (who, according to traditional Christian mythology, are NOT Divine as he is) will do greater things than Jesus himself did. So I ask you, if Jesus … is God, or became the one and only Almighty God as Christianity emphatically states, then how are WE to do greater things that God / Source? Unless … there’s something more to the story that we haven’t been told.

Whether you choose to believe it or not, The Bible that so many people follow has been revised, edited, added-to, taken-away from, and changed from the beginning by the church authorities. The oldest known Bible in existence that we know of is the Sinai Bible on display in the British Museum. It dates back to the 1100’s. Then, 500 years later, in 1611 we received the “Authorized” King James Bible. Between the two of these publications, there are over 22,000 discrepancies.

Now consider how many versions and in how many languages this book is printed in today? Just like food … the closer you can get to the original form, the better it is for you. When studying and researching the Bible deeply, you have to go back to the original Hebrew, Aramaic, and Greek.

Today’s Christianity takes the Bible scriptures ONLY in a literal and historical sense. However, the original authors of the various original scriptures intended for them to be allegorical, metaphorical, and symbolic rather than ONLY literal and historical. The names, the places, the people, all have symbolic meaning in what they were named and labeled as for a purpose … for a deeper hidden meaning or lesson of Truth masked under the surface disguise of a real story. For "those who have eyes to see" and for those who "have ears to hear."

The original Christian teachings had two presentations. The Outer Mysteries (exoteric) were for all the commoners and those without any further spiritual or philosophical interest beyond worshipping and paying homage to a God. The Inner Mysteries (esoteric) were reserved for those initiates who could read between the lines … see beyond the stories and myth … and had a true desire to go much deeper into the Inner teachings of the spiritual Wisdom of The Ages. These teachings date back to ancient Egypt, Greece, Persia, the Far East, and so many earlier civilizations and writings.

The Bible states “there is nothing new under the sun” and this is a very truthful statement. Everything was already here when we got here. Whatever we make, we use the materials that already exist. We are the great re-arrangers. The same it is with religion and belief systems. We take what is already here, and re-arrange it into something else. Everything in the OT and NT Bible is based upon earlier teachings concerning mankind’s purpose for being here and where we came from. We are ALL sons a daughters of God / Source … to the point of origin of ALL things.

Whether you are one to believe Jesus Christ to be an individual personage, or whether you accept the mythical status of a Godman as so many before him were, it really doesn’t matter. What matters is that you know you are a child of the universe … the Most High, just as Jesus represents. And that we are all one and equal to each other and to all things. Collectively, as humanity, we are God / Source Energy experiencing the universe through us, with us, and as us. “Sin” is a necessary process for discerning good from bad, right from wrong. Sin is translated from the Greek word “hamartia” which is an Olympic Archery term for “missing the mark.” The mark … is TRUTH. Sin … is ignorance of the Truth. The way to find Truth, is through sin … error … and learning the lessons from our error in judgement and wrongdoings / consequences.

Jesus becoming Christ (karest, christos, krestus, etc) is representative of man finding the Divine spark of God / Source within each of us. We have advanced human consciousness through evolution and involution and we continue to reach higher and higher within our SELF to find the Divine. To truly bring Heaven on Earth. To unite mankind under a civilization of love, peace, joy, and compassion for ALL. To establish The Human Kingdom. Right now, we exist within the Animal Kingdom. We are the ones commissioned to bring about the Kingdom across the planet. Because … “WE SHALL DO GREATER THINGS” … and because “JUST AS JESUS IS, SO ALSO ARE WE IN THIS WORLD.” 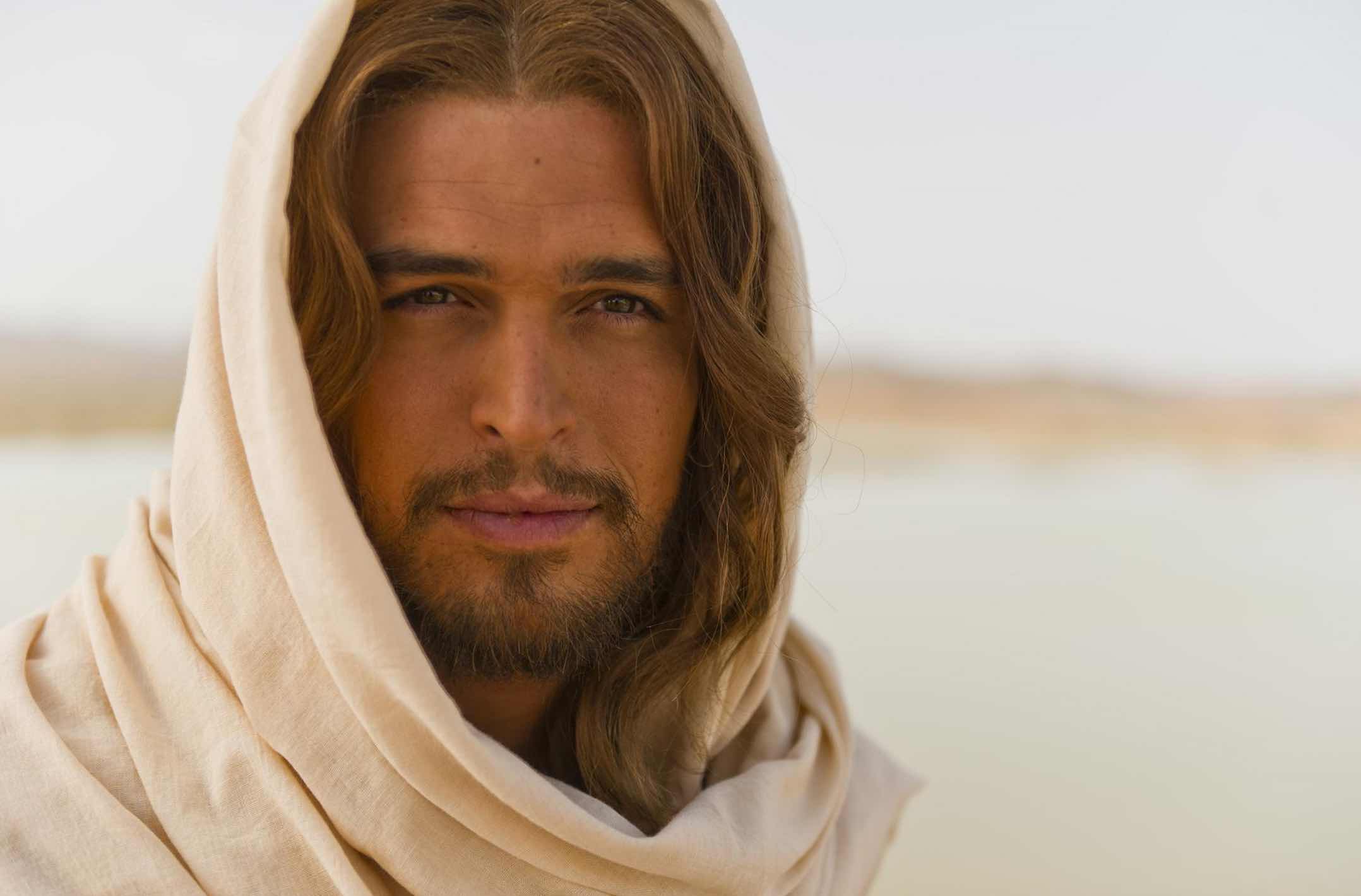