THE TRAGEDY OF MISINTERPRETATION OF SCRIPTURE

TRAGEDY OF MISINTERPRETATION OF SCRIPTURES

Sadly today, most modern Christians are unable to accurately discern the deeper, mystical, inner levels of spirituality that are revealed in Biblical scriptures. They inherited a literal-historical presentation dating back to the Roman Empire and it's charge to create a literal Saviour based religion to unite and control the masses of the Empire. Science, history, and archaeology today still hints that much of the Bible's hidden mysteries are veiled and concealed from the majority of it's followers.

In fact, todays Christian faithful are unaware that the ancient spiritual Wisdom contains keys that unlock the secrets of the hidden mysteries contained within the package of myth. Furthermore, trying to find these keys and reveal these ancient texts is difficult at best when dealing with English translations, taken from latin translations, taken from the original Greek and Hebrew languages. Remember that Revelation (Apocalypse of St. John) literally means an unveiling of that which is hidden. It so not the war to end all wars as has been perceived.

Tragically, it is the people outside of the church system that have a better handle on what the ancient Wisdom was attempting to convey through allegory, metaphor, and myth. These researchers are the ones who possess the accurate understandings of the original scriptures and their predecessors. These hidden secrets deal with the spiritual evolution of the souls of mankind that lay hidden under the layers of parables, fables, and myth.

Unfortunately, within countless denominations, Pastors, Priests, Ministers and the like are taught the dogmas and doctrines of their particular system much in the way a Ford Mechanic is taught how to repair Fords. Going to a Methodist Seminary for example, will teach you the ways of being a Methodist and the rules and rituals of the Methodist Church System.

These Apologists, Priests, Pastors, and Seminarians are blinded to the Inner Mysteries (esoteric) and taught to present the Outer Mysteries (exoteric) to their congregations. There are TWO ways in which to interpret the stories in the Bible. One way, is as literal-historical real events, and the other as allegory, metaphor, and mystical ... metaphysical. Only ONE of these two is the correct and intended accurate manner in which to interpret what the ancients left behind for us to discover ... but not without a shovel. We have to dig through the layers and get to the roots.

Unfortunately, most followers today rely on someone else from the pulpit to tell them what to believe instead of doing their own research and finding the Truth. All of the ancient writers of these scriptures veiled the true stories behind myth. These myths told deeper Truths that lay beneath the layers of what appeared to be a real event, location, or person. It is ALL allegory. It's Truth's were presented by earlier civilizations in exactly the same way except that the names and places were changed to fit the customs and traditions of the people.

I should also mention the misunderstanding of the modern etymology of the word "myth." Myth comes from the Greek word "mythos." It doesn't matter if the literal event ever took place, because the Truth lies in the deeper lesson or message. Joseph Campbell said it best: "a myth is something that never was, yet always is."

Now, It must be understood that in the Hebrew language, each letter of the aleph-bet (alphabet) had it's own symbolic meanings. Every word, name, geographic location; were all chosen to represent the inner meaning of the message that was being conveyed to those with eyes to see and ears to hear.

When a Christian is asked if they are "spiritually discerned" as Paul had asked in 1st Corinthians, they say YES. However, when we look back at the original Greek and reference what "spiritually discerned" meant in the original Greek word "pneumatikos" we find that the meaning is that scripture is meant to be "figuratively, allegorically, metaphorically, mystically, metaphysically, non-literal, and non-physical." By interpreting scripture as literal-historical, the deeper spiritual message has been lost and history has been counterfeit. This falsely converts the Bible to a history book filled with presumed biographies of literal and historical persons and places.

In reality, St. Paul (a Gnostic Christian), was speaking of the awakening and resurrecting Christ inside a person, NOT outside the person. He knew no historical Jesus. His Christ was Gnostic and esoteric ... part of the Inner Mysteries he had learned from the Mystery Schools of old. This is our darkness today. When we read the Bible literally rather than using the keys of allegory and myth. Luke tells us "look not here nor there for the Christ" because it is within us ... the Divine Spark of God. The story of Jesus, is OUR story, not HIStory.

It was written for our benefit and for our spiritual journey back home from whence we came. It was written to benefit us as we sojourn in a foreign land ... Earth / matter. It is a guide, an archetype for us to follow esoterically as we travel through our earthly physical experiences as a spiritual being. Billions have gone to their graves not having learned the Truth. They still wait for a real historic Second Coming, a real historic Resurrection of The Dead, a real historic Rapture. These things will never occur ... literally or historically. They are spiritual metaphors for what takes place within us, not without us. 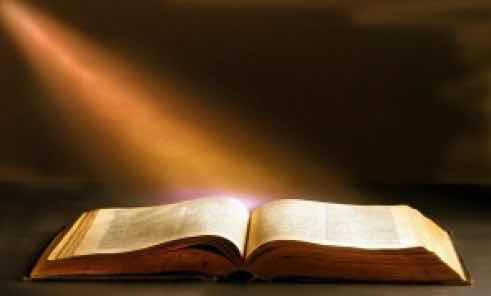