Spiritual But Not Religious

Spiritual But Not Religious
It is becoming quite common to hear the phrase I am ‘Spiritual but not Religious’. But, what exactly does this phrase mean? Does it suggest that spirituality and religion are separate? Is it a cultural statement, or does it means a situation where ... I choose the beliefs and prepare a concoction for myself? Let's look at it in a little more detail without attempting to evaluate the merits and demerits of each of these and other scenarios.
There are a large number of people out there who identify themselves as 'Spiritual but not Religious.' The phrase may mean different things to different people, but undoubtedly ... an attempt to understand the difference may confuse us all the more.
Spirituality vs Religion
Spiritual and Religious are often used as synonyms and up until around the 20th century they were used interchangeably. Both the words denoted the presence of a Higher Power, and a connection with this Higher Power. Rituals and practices were adopted and followed to strengthen this relationship. Let's look now at what being spiritual and being religious means in a more modern perspective.
Being Religious
Being religious means being a member of a specific religion, a religious institution, and adhering to their rules, practices, dogmas, doctrines, rituals, and traditions. It is associated with interacting within a community, and refers to the public domain of beliefs. Even private prayers in the case of religion, are a standard set of practices ... many times already written out for you or even if it has been long enough, they have been memorized. Looking at a passionate worker or visitor to the church, temple or any such religious institution will give you an idea what being religious means.
Being Spiritual
Spirituality moves into the personal or the private domain of an individual. Spirituals ... are people who do not give importance to traditions, religion and standard practices. They tend to reason more and work to connect with their deepest self ... their Higher Self. As this connection deepens it stimulates a change of behavior in them. They build an understanding and a relationship directly with the Source of All There Is ... or God, universe, Spirit, etc.
Spirituality and Religious – The Widening Gap
As mentioned above, it was in the 20th century that the words began to be used to mean different things. It can be considered to be an after effect of development in science that individuals are not being able to commit unconditional loyalty to religions and the associated institutions. It is very likely that an individual may visit the church in the morning and practice yoga or meditation in the evening. What people are opting for today is a mélange where you customize your practice.
While some philosophers consider ‘spirituality but not religious’ as missing the basic point of the earlier view where spirituality and being religious were synonyms and had a common objective of striving to find the Truth, while others criticize this as being lazy and even self centered. Some feel that people pick and choose what they want to believe rather than follow the crowd that supposedly has the right path.
Underlying Reasons
Individuals may have their own reasons for being spiritual but not religious – unanswered questions, negative experiences, it could be anything. Being spiritual and not religious is a matter of self cultivation. It encourages individuals to be true to themselves while not being self obsessed or ego-centric. It is about growing and being happy from within ... where true life resides. It also encourages bridging gaps ... it is not hostile to other religions, practices and faiths. It encourages us to enjoy a healthy and a genuine relationship with our Higher-Self, Spirit/Source ... in order to be able to be genuine with others. To a great extent ‘spiritual but not religious’ represents a free thinking atmosphere, and being concerned about the answers rather than the source from which answers are derived. Looking more towards the message, than the messenger.
The Analysis
In the end it could be said that if one sees deeply, actually there is not difference between being spiritual and religious, in the core sense of the terms. Religion, is basically is a guide to reach spiritually elevated state when used properly and in Divine Truth, although most of the times the real essence gets forgotten in the outward acts and rituals ... literal and historical. yet all religions basically were meant to be spiritual ... and relied on hidden Truths contained beneath surface stories and myth ... sometimes real, most times not.
Let's try and understand how religion gets converted into mere external rituals over time. Actually most of the practices and rituals were meant as a remembrance towards a particular act which had some spiritual significance, or it was the external manifestation of the internal deeper meaning which was made specifically for people who were not well versed into the metaphysical realm but needed something to start. These were the Outer Mysteries (Exoteric) for the masses, and the Inner Mysteries (Esoteric) for the initiates into the deeper meanings. Yet over time perhaps these got converted into rigid principles, while the essence and Truth of the messages got lost somewhere along the way.
So in the end, all wish to try and achieve the main goal of reaching God/Source within, whatever way we want, and it can be reached only by reaching the depths within. Let it speak to our Spirit, to our Soul from within and we will discern the Truth of our eternal existence as an essence of the Divine Spark of God/Source.
So, whatever means you find attractive, appealing, and reasonable ... do that. But always remember the main goal behind all such things. To understand the Oneness of ALL things, and to love and have compassion for all of creation.
Just a thought ...
~Justin Taylor, ORDM., OCP., DM.
My thanks to Meetu Verma Nayyar 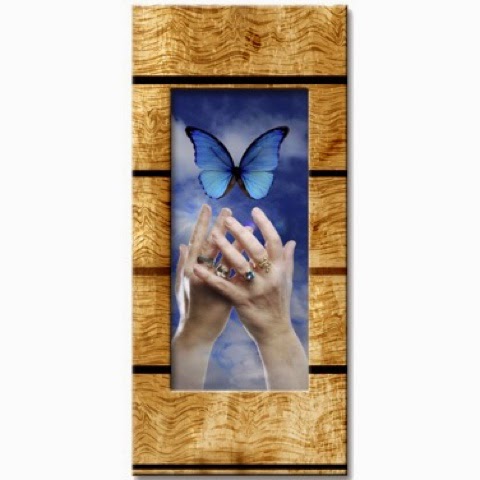