The Resurrection Saviour And Anti-Christ Nobody Told You About

The Resurrection Saviour And Anti-Christ Nobody Told You About
In today's article, I AM going to offer you a different view from what you have been told about the New Testament Christian Gospel.
Before the Roman authorities intervened, usurped, hijacked, and literalized these biblical allegories and created a "literal and historical based" imposter religion, there were many groups such as the Gnostics who denied an actual physical bodily resurrection of Christ.
Instead they believed Christ’s body was of a spiritual nature. In other words, the Gnostics, and many other Pre-Roman Church Christians argued that Jesus Christ was not raised from the dead in a literal physical body.
Mainstream Christianity today considers this statement to be blasphemy. And here’s the scripture that they often use to put the final nail in the coffin:
“For many deceivers are entered into the world, who confess not that Jesus Christ came in the flesh. This is a deceiver and an antichrist”
~2 John 1:7
Based on this scripture, the typical Christian argument states that John was aiming this scripture at those who denied Jesus was resurrected in a physical body.
Most Gnostics and early Christian sects, did not view any of the scriptures literally. They were never intended to be taken literally and historically.
As such, John’s statement is in perfect agreement with these folks would have believed. The resurrection story of Christ wasn’t about the literal man; it was about the spiritual awakening of the divine nature that can happen within each individual.
This awakening happens while "still yet in the flesh" … while still HERE and ALIVE in matter. So John’s statement rings true after all. Christ does come in the flesh. But this coming of Christ (the anointing - the Christ-ening) is the gnosis (mystical insight - knowing) attained by the individual going through a profound experience in higher states of consciousness.
This entire process happens while being in a physical body. It is the born again experience of the spiritual nature which rules over the physical nature. This spiritual nature is the Christ. Our Christ Consciousness ... the Divine Spark of the All.
This entire concept was taught among the Egyptian Mystery Schools and throughout the ancient world of spiritual mythology long before Christianity. The Christ (crestus/krishna/chrestos) is the begotten Son of God … the divine spirit/life force within every person. The breath that is the giver of life. Based only on goodness and righteousness, not self serving as the base human ego is.
Based on this view, the words credited to the Jesus of the New Testament ring true. “The Kingdom of Heaven/God lies within you … and is at hand”
The allegorical beauty of these empowering Truths have been lost on a literal belief system. We have lost 2,000 years of advancement and evolution. While church may offer you community and a social environment, you're missing out on the power, the Truth, and the reality that we are all one organism working in unison as the Universe/God/Source Energy.
The “tomb” is your body … where the Christ awaits resurrection and release. The ancient Greeks said “soma/sema” meaning “body/tomb”. Ancient Sanskrit defines Manu as Mankind/Mind, so The “Son of Man” means "son of mind."
When the ego remains attached to the natural man, it cannot be purified and transmuted into the spiritual ego/higher Self. When it does, it once again becomes a “Son of God” as it was before the descent into a world of physical matter.
Always question everything … the Truth will speak to your Soul and Spirit.
Just a thought ...
Justin Taylor, ORDM., OCP., DM. 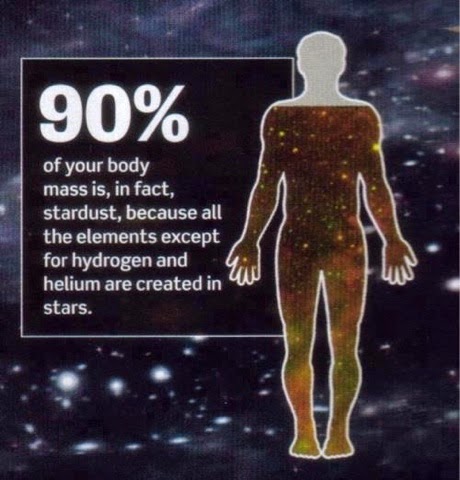