Are We Really Made of Stardust?

Are We Really Made of Stardust?
The answer is ... yes. We are all made of stardust. It sounds like a line from a poem, but there is some solid science behind this statement. In fact, almost every element on Earth was formed at the heart of a star.
Next time you’re out gazing at stars twinkling in the night sky, spare a thought for the thunderous reactions that they play host to. It’s easy to forget that stars owe their light to the energy released by nuclear fusion reactions at their cores. These are the very same reactions which created chemical elements like carbon or iron - the building blocks which make up the world around us.
After this big bang process, tiny particles bound together to form hydrogen and helium. As time went on, young stars formed when clouds of gas and dust gathered under the effect of gravity, heating up as they became denser. At the stars’ cores, bathed in temperatures of over 10 million degrees C (pretty darn hot), hydrogen and then helium nuclei fused to form heavier elements. A reaction known as nucleosynthesis.
This type of reaction continues in stars today as lighter elements are converted into heavier ones. Relatively young stars like our own Sun, convert hydrogen to produce helium, just like the first stars of our universe. Once they run out of hydrogen, they begin to transform helium into beryllium and carbon. As these heavier nuclei are produced, they too are burnt inside stars to synthesize heavier elements. Different sized stars play host to different fusion reactions, eventually forming everything from oxygen to iron.
During a supernova, when a massive star explodes at the end of its life, the resulting high energy environment enables the creation of some of the heaviest elements including iron and nickel. The explosion also disperses the different elements across the universe, scattering the stardust which now makes up planets including Earth. Earth, being our Mother (matter), is the stuff of which we are made from. Therefore, we are star stuff.
Almost 99% of the mass of the human body is made up of six elements: oxygen, carbon, hydrogen, nitrogen, calcium, and phosphorus. Only about 0.85% is composed of another five elements: potassium, sulfur, sodium, chlorine, and magnesium. All are necessary to life. Each of us is amazing energy ... intricately woven into the fiber of the entirety of the universe.
Just a thought ...
Justin Taylor, ORDM., OCP., DM.
My thanks to Physics dot org 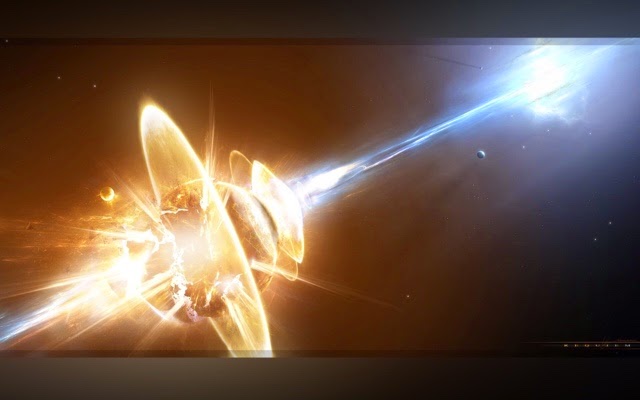